In a fast shrinking world, it is imperative that the students and teachers get a chance to visit schools abroad and live with exchange partners there.

National and International student and teacher exchange programmes are offered to students and faculty which foster understanding and acceptance of an array of different cultural and community perspectives.

51 students from Grades 5- 11 of DPS- International school visited Singapore for a career exploratory trip from October 24- 28, 2019. The duration of the programme was 5 days and 4 nights. The trip was planned as

CEM- the activities under CEM involved

CHAP- The activities under CHAP involved

The National University of Singapore- NUS is ranked 1st in Singapore & Asia Pacific, and 22nd in the world according to the 2018 Times Higher Education World University Rankings. Students got the opportunity to understand the courses offered by the university and requirements for the same. The university tour was organised for them to get them familiarized with various departments and infrastructure of the university. Fun activities included-

The trip was a balance of career exploration and fun learning activities for students. Students enjoyed being a part of this trip and it was an enriching and enlightening experience for them.

In March 2019, Ansh Aggarwal and Rishi Mohan of MYP 4 took up the challenge of creating an interesting video on an innovative business idea on 'Improve the lives of those living in smart cities and urban areas'. This was the topic given by the University of Technology, Sydney along with Austrade. The competition known as 'FilmFly Experience Australia' was open for all the school students from grade 9 to 11 in India, Srilanka, Pakistan and Bangladesh for different categories. Due to their unique idea and creative video, both the students along with their mentor, Ms. Ekta Singh, won the first prize and were invited to Australia for a week on a study trip.

The team of these 2 students and their teacher mentor reached Sydney on 16th June, 2019. On the first 2 days of the trip, students visited various faculties of UTS and were mesmerized by the facilities available and the curriculum designed to develop various skills. Students from DPSI could immediately connect with the skills that UTS promotes in their students, as their curriculum also focuses on these skills. Bote students explored Protospace, a 3D modeling lab and they visited the science lab where technology is used impressively to conduct classes. Students had an exciting session, on tracing finger prints, conducted by the students of forensic science. An engaging session on game design by the Design faculty kept students on their toes.

UTS arranged a city tour and a visit to the Blue Mountains for the team along with an experienced guide. Students learnt about the history, culture and daily lives of people of Sydney. They saw many landmark places such as Opera House, Sea Life Museum and beaches around Sydney. Blue Mountains were breathtaking and students explored many areas around the Blue Mountain on foot. As a culminating experience UTS invited these students to attend a leadership workshop. Students collaborated with undergraduate students to focus on their communication skills, body language and social media profile.

Students from grades 5- 9 travelled to the east coast of the United States to imbibe international mindedness as they learned to respect and appreciate the cultural diversity of the country over a period of 10 days.The trip also imparted and honed valuable skills in self management. Students pondered on the need to follow direction, keep to tight time schedules, budget for buying meals and practice tolerance towards their room mates.

While having a great time underpinned the trip; responsible behaviour together with an open mind were the highlights. Students began their journey on June 3,2019 and stayed in New York for two days where they enjoyed the sights around Liberty island and Time square. Washington DC was a stark departure from the tall buildings of NY .The White house, the Wall street bull and the Lincohn memorial were a treat for the eyes.

The Niagara falls were awe inspiring as were the sights and sounds around NASA. The Kennedy Space centre, Astronaut training and APOLLO 11 made for great viewing around Orlando. The all American favourites of Mac n Cheese ultimately made way for the good old Indian favourites, as students journeyed back home on June 12,2019….happy and grown up!

14 students and two teachers went on a French exchange programme from May 28 - June 8,2019.The cultural and language exchange began with the Indian students visiting Lycee Jean Moulin school, the exchange partner school in Lille, where they presented before the French teachers and students vignettes of Indian culture with a brief demonstration of Surya Namaskar, Turban tying activity, a dance performance and a presentation about India. The host school enthusiastically joined in these activities. Students of both schools played some traditional French and Indian games together.

A meeting with the Mayor of Lille and a tour of the city hall with the newly acquired French friends was a great experience. Subsequent days were spent in Lillle city tours and visiting museums, the flea market and the Tripostal exhibition titled Eldorado that had the most amazing contemporary art displays . Students visited Belgium a Francophone country before departing for Paris where site seeing and Disneyland visit were the main highlights. Language immersion was its best as students travelled by the local metros, took directions in French and interacted with students of several nationalities at the International hostel. The exchange besides encouraging language and cultural immersion offered lessons in adaptation, community living, risk taking and independence and was deeply cherished for its value addition to each child’s life.

Students of DPS International, Gurgaon went on their first International trip, to the United States from June 1-June13.Ed terra adventures a leading travel house had put the trip to US east coast trip together for us.

17 excited students accompanied by their Secondary Principal, Ms Seema Kaushal set forth on this trip on June 1.The group was kept busy for 4 days in Orlando with 2 days dedicated to the Kennedy Space Centre. At the Kennedy space centre our inquirers keenly interacted with an astronaut, experienced an adrenalin rush as they took part in space shuttle launch simulation, saw a 4D space shuttle launch film in the IMAX hall, took a bus tour of NASA and saw various space shuttle launching sites. Inspired by the hard work and dedication of astronomers, our IB learners keen on space travel and space study felt motivated to pursue their interest in this field with greater dedication.

Students experienced unadulterated fun on the thrilling rides at the Adventure island in Universal studios, Hulk being everybody’s favourite. Disney’s magic kingdom was a treat to the eyes with its beautiful fireworks, parade of children’s favourite Disney characters and amazing rides. The next stop at Niagara was nothing short of amazing,aboard the Maid of Mist students had a sensorial treat as they absorbed the sights,sound and touch of the fall’s spray.

Boston the next on itinerary was a lesson in history as students were taken on a city tour and saw the ship that carried tea – a reminder of the famous Boston Tea party. The visit to the MIT and Harvard campus was humbling and deeply inspirational.

New York our final stop saw students visit the Liberty island, Times square ,Fifth Avenue, Rockefeller centre and the twin tower memorial site. Atop the One world observatory students saw a bird’s eye view of New York city with its sky scrapers and majestic bridges. All of us shed a silent tear in memory of the people who died in the WTC attack and marveled at the spirit of rejuvenation as we looked at the Survivor tree.

A trip that was a gastronomic and cultural experience saw all students return to their parents as independent, confident individuals who learnt lessons in culture, international mindedness,self management, tolerance and co existence.

The students experienced scavenger hunts, keynote speeches, panel discussions, the signature Scholar’s Ball and the competitive and community-building events such as Debate Showcase and the Scholar’s Bowl. The trip to Melbourne also included some sightseeing and visit to the Healesville Wildlife Sanctuary where the students met penguins, koalas, and kangaroos.

DPSI students won accolades for the school and came back home with many medals and trophies. The awards were in the various event categories which included Debate, Team Challenge, Scholar Bowl and Collaborative Writing. Aanya Chowbey was selected as the top debater from India in the Junior Category and participated in Debate Showcase. Rashed Mehraf was one of the top debaters in the Senior Category and was selected as one of the panelist for Debate Showcase. One of our teams stood first in South Asia and eleventh overall. One of our students, Manya Malhotra won medals in all the six subject challenge – 2 Gold and 4 Silver medals.

Nine students have qualified for the annual Tournament of Champions at Yale University where they will learn more, debate and build new friendships among fellow scholars from all over the world.

Tournament of Champions at Yale November 2018

The 2018 Tournament of Champions was scheduled from November 16-21 at Yale University which witnessed congregation of global community of scholars who were selected in the Global Rounds. 7 students from DPS International, Gurgaon participated in the much awaited World Scholar's Cup - Tournament of Champions. In the 2018 Tournament of Champions, scholars from 57 countries participated. Our Junior team comprising of Aanya Chowbey, Nandini Saluja and Simar Bhogal stood third in South Asia and won accolades both in individual and team events. Students also visited the historic Boston and MIT campus and Harvard University. This experience was truly enriching for our future scholars and leaders. 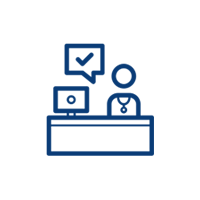